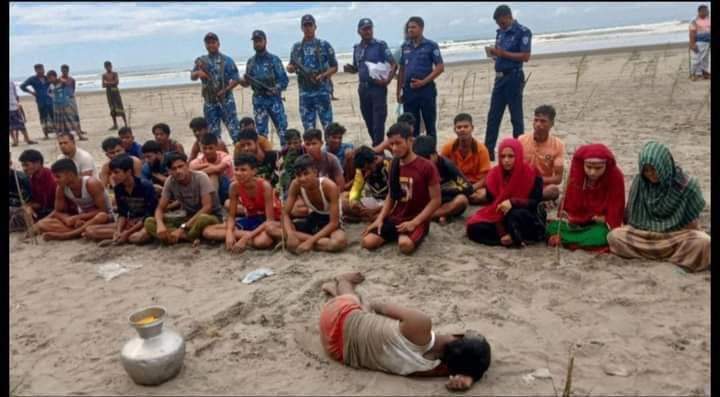 Chindwin is told that a boat carrying 65 Rohingya and 4 brokers capsized in the Bay of Bengal when their trawler is said to have started sailing towards the shore of Malaysia on 04 October.

According to our source, the trawler carried around 85 people, of which 65 were Rohingya refugees.

All Rohingya are from the Coz Bazar refugee camp, and three women were dead as they could not get rescued in time when the Bangladeshi Coast Guard arrived where the boat capsized.

The Dhaka Tribune reported that all rescued from the capsized boat were 85, including three Rohingya women who were dead and the trawler sank because of a strong current, citing the Officer-in-Charge Noor Mohammad of Teknaf’s Baharchara police outpost.

A group of smugglers lured Rohingya refugees with a false hope that they would be resettled in western countries, so many fell into that trap and risked their lives by crossing dangerous sea routes to Malaysia, one Rohingya leader told Chindwin.