HomeBreaking NewsAn innocent young boy was killed in the fight between the Tatmadaw...
Breaking NewsMyanmarEthnic Issues

An innocent young boy was killed in the fight between the Tatmadaw and CDF (Thantlang). 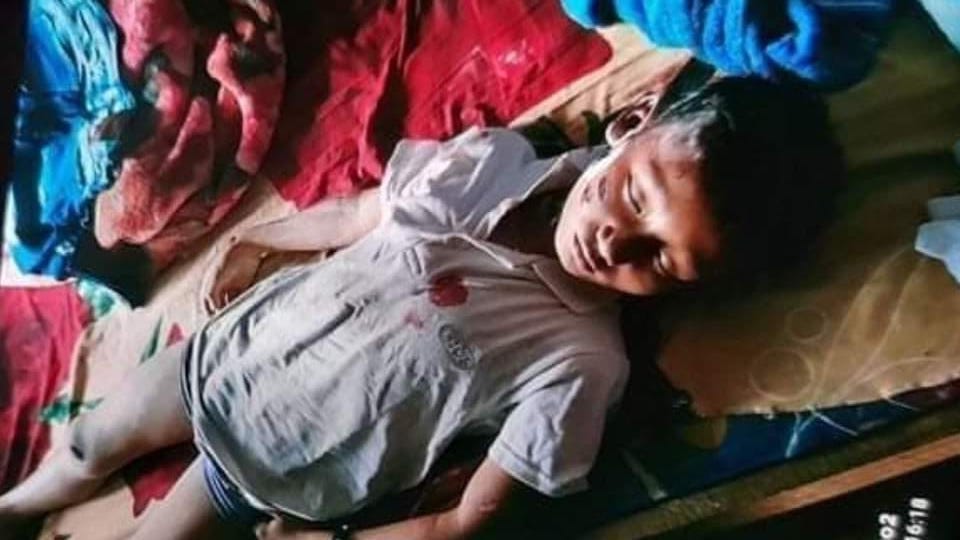 August 25 (The Chindwin): A fierce battle in the middle of Thantlang town between the Chinland Defense Force (Thantlang) and the Tatmadaw of State Administrative Council (SAC) occurred in the afternoon.

The SAC security forces used heavy artillery against the civilian force, resulting in the casualty of a ten-year-old boy believed to be hit by the battery.

Local media in Chin State reported that the fighting had occurred close to the police station in the middle of Town. Asked our direct contact how many people got injured, it is learned that there are few being injured, but still difficult to confirm how many at this point in time.

Since two days ago, there were lots of the Tatmadaw arrived here from Hakha, and the soldiers are patrolling around the Town.

One family living close to the cemetery contacted by The Chindwin confirmed that around 15 soldiers came to our house yesterday and asked us to sleep at their house, and I had to say yes as I was afraid that something would happen to the family if I refused their request.

They brought their own food in a plastic pack, and slept at their house last night. Some of my neighbours have already fled in fear of the fighting that would occur between the Tatmadaw and Chinland Defense Forces. It does really happen today as they feared, continued the family.

In a direct telephone interview with our contact who requested anonymity due to security reason, she confirms to The Chindwin that there are fighting occurred today in few places around Thantlang town.

As a result, it is believed that the security situation will be getting worse since the increasing arrival and presence of the Tatmadaw in the Town very recently.

Thantlang town is known to be the closest Town to the main base of the Chin National Army in Chin State. The security situation in the area is quite alarming at the moment, and the Town has been terrified enough due to the open fighting today in the middle of the Town.